There are more DUI terms other than what is listed on this page. These are some common terms that are important to understand. If you have any questions, please contact us.

Field Sobriety Tests (FST): FST’s include the Horizontal Gaze Nystagmus (HGN), Heel-Toe Walk, One Legged Stand, ABCs, assorted number counting, and calendar months of the year.  Field Sobriety Tests are voluntary and can be refused by an Arizona citizen without penalty.

Preliminary Breath Test (PBT): A PBT means a pre-arrest breath test.  It is administered using a small mobile device at the scene of the stop to establish the determination of alcohol concentration in a person’s system from the presence of breath. In Arizona, a PBT is voluntary and is inadmissible at Court. Generally it is not admissible at trial.  But it may be admissible to establish that the citizen was above the legal limit if the defendant asserts that, at the time he or she was operating a motor vehicle, his or her BAC was below the legal limit.

For a PBT to be properly administered the officer must follow the correct procedures set forth in the Arizona Administrative Code. A PBT is voluntary. Conventional  wisdom dictates that in most instances, a citizen should refuse a preliminary breath test (PBT).  Note that a PBT is voluntary because a citizen is not under arrest when it is administered.  Once a citizen is placed under arrest, the police will administer a chemical (blood or breath) test—for which a refusal to submit to such test will result in driving sanctions and points on your driving record!

Chemical Breath Test (Itoxilyzer): Is a test that is generally administered after the motorist is placed under arrest for DUI.   at the police station or jail. This test is generally admissible at trial. There is a presumption at trial that the results of this test is the alcohol level at the time the citizen was operating a motor vehicle. However, it is a presumption that can be rebutted.

Under Arizona’s Implied Consent Law (Title 28-1321), all drivers, with the narrow exception of citizens with certain medical conditions, are considered to have given consent to a breathalyzer. If you unreasonably refuse a breathalyzer, six points will automatically be added to your driving record and your license will be suspended for one year (two years for a second refusal within seven years). This suspension can be appealed to the Secretary of State if done within 14 days of the date of your arrest and refusal. It can also be appealed, in a more limited way, through the Circuit Court of the county where the arrest took place. For this reason, if you refuse a breathalyzer, it is important to contact a knowledgeable attorney immediately to protect your rights and driving privileges.

Probable Cause: The standard of proof required before a police officer can arrest a citizen for operating while intoxicated.

Reasonable suspicion: The standard of proof required for a police officer to stop a motor vehicle and investigate a charge of operating while intoxicated.

Retrograde Extrapolation: The process by which an expert can challenge or bolster the reliability of the breathalyzer result by using a mathematical process and scientific principles to calculate a citizen’s blood alcohol level based on absorption rates, elimination rates, and patterns of alcohol consumption.

Hunch: This is what a law enforcement officer has when the facts do not support a reasonable articulable suspicion that crime is afoot.

Beyond a Reasonable Doubt: The standard of proof a prosecutor is required to meet, and a jury is required to find, in order to return a guilty verdict.

Contact our office at 602-952-9000 or by e-mail at info@aboodlawaz.com. We will be pleased to meet with you, review your circumstances, answer questions, and discuss how we can help you. 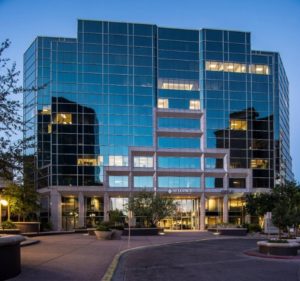 I’d like to start off by saying how thankful I am for his gracious service. He took such great care of me and gave my case such great focus. He was loyal and at all times very professional. He took no time to make sure my questions and concerns were answered, and that is what made this dramatic change in my life so much easier. I would surely recommend Mr. Jim C. Abood law firm to anyone in my life that is in need of a fantastic lawyer!

“Jim was absolutely fantastic in helping with the sale of my business. I had never done this before and his communication was outstanding! I needed a little hand holding as to the terms and conditions of the contract etc. Jim was very helpful in advising to having my best interests at heart, but also making sure the new owners of my company had piece of mind and very clearly worded terms. The piece of mind going through this life changing event would not be what it is without Jim’s help and expertise! I highly recommend anyone who is looking for a professional, knowledgeable and just all around great guy for an attorney to use Jim Abood. Couldn’t have done it without him, money WELL spent.”

“Jim, once again I want to thank you so much! You are so cool! (One of my ultimate complements) you are absolutely wonderful! (My highest complement). I could not have accomplished what I have (as far as the estate) without your knowledge, guidance, patience and understanding. And you brought my brother back to my life. Thank you just doesn’t seem like enough to express the enormity of what you have done for me. God bless you.”